RMOC Member Maiya Anderson Competes for the US Air Force

Maiya represented the US Air Force along with Cristina Luis (Tucson Orienteering Club) and Eric Fitzpatrick. Maiya is one of the swim team coaches at the US Air Force Acacemy. Cristina is an HC-130 navigator at Davis-Monthan AFB in Tucson. Eric had never orienteered before, although he has adventure racing experience.

Maiya, Cristina, and Eric weren't able to compete "officially" in the Relay since they didn't have a full team of three women and four men. However, Maiya and Cristina had the fastest time on the women's portion of the course. 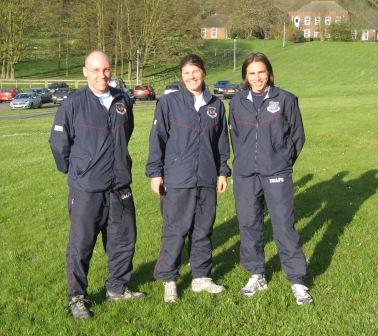 Maiya at the Relay: 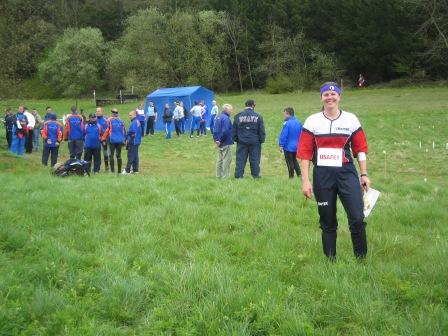 Cristina (L) and Maiya (R) with two members of the UK team: 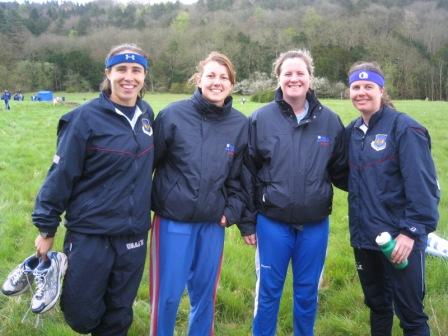