Nancy and I had a good time at this event, being a casual six-hour drive from the Denver area. The terrain in Custer State Park was great but with quad-numbing hills, much steeper than at White Ranch. The park is full of large game animals too -- we saw mountain goats, bighorn sheep, bison right near the finish, deer, and at night even two mountain lions. Wow!

Cold temperatures prevailed with the record low on Friday night of 19 degrees before the Saturday noon start, and temps in the 30s and low 40s during most of the race. Some snow lingered on the north-facing slopes from a storm several days prior. It spit rain and snow on us from around 11:00 pm to 2:00 am during the race, but we were well prepared (actually, over-prepared) with clothes.

Lots of downed timber in many areas led to slow going, but other areas had open, grassy valleys. A network of old logging roads were also of great help in getting us quickly along certain legs. French Creek crossed the southern third of the race area and made for tricky crossing to get to a high concentration of high-point controls. The Start / Finish area was well equipped and the race organizer did a fantastic job with everything.

The sun came out brightly by mid-day Sunday so after the finish we were treated to mild temperatures and a wonderful western-style barbeque of buffalo with all the fixins as the results were tallied and awards presented. Really one of the best 24-hour rogaines we've been to.

We ended up selecting a good route to connect controls, which is key to doing well at these races. Some mistakes along the way caused us to drop a few controls after dawn on Sunday but then we added one at the end. Our goal was to find 31 of the 51 controls and we ended up with 28, for a total of 1,610 points (our target had been 1,790). Even so, this was good enough for first place in the Mixed Veteran category and the highest score of any coed team. However, for these races, the real satisfaction comes from picking a good route and doing good navigation. In this regard we had probably the 2nd or 3rd best race of our rogaines. A post-race analysis shows that Nancy and I covered about 43 miles and 8,600 feet of elevation gain.

Sharon Crawford and her partner won the Mixed Super-Veteran category. The other RMOC'ers present, Ken Lotze and Carol Johnson, were hampered by food poisoning Ken got the day before the race. Kudos to Ken for doing the race anyway and sticking with it, with their team earning a reasonable score compared to most other mixed teams.

The race organizer posted a nice Race Report with results and his observations. If he does another of these events next year we strongly encourage everyone from RMOC to come out for the 4-hour, 12-hour or 24-hour events -- less than a tank of gas from home and fantastic wildlife viewing opportunities. There was talk of an event in June 2011, which will bring warmer and drier conditions. The area is full of tourist-type activities (Mt. Rushmore, Crazy Horse), plus good hiking and climbing for those still up for more.

As a post-script, Nancy and I have been gearing up for months for the Big Muddy rogaine in central Oregon over Memorial Day weekend. The Dakota Rogaine left us feeling relatively fit and healthy so we were excited about our chances at this next race. Unfortunately, during a bike ride last Sunday, Nancy crashed and broke her collarbone. She escaped other injuries and is recovering alright so far but will be out of action for four to six weeks. With much disappointment we realized the Big Muddy will have to wait until next year. 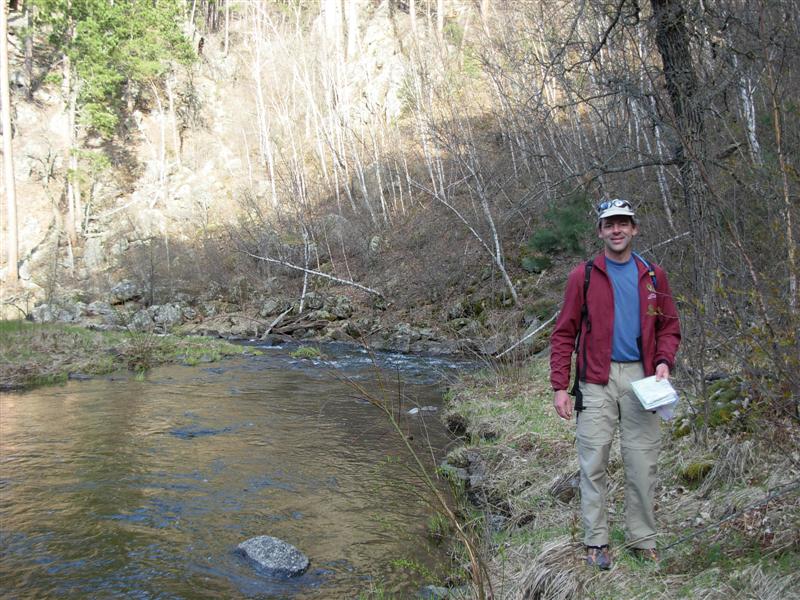 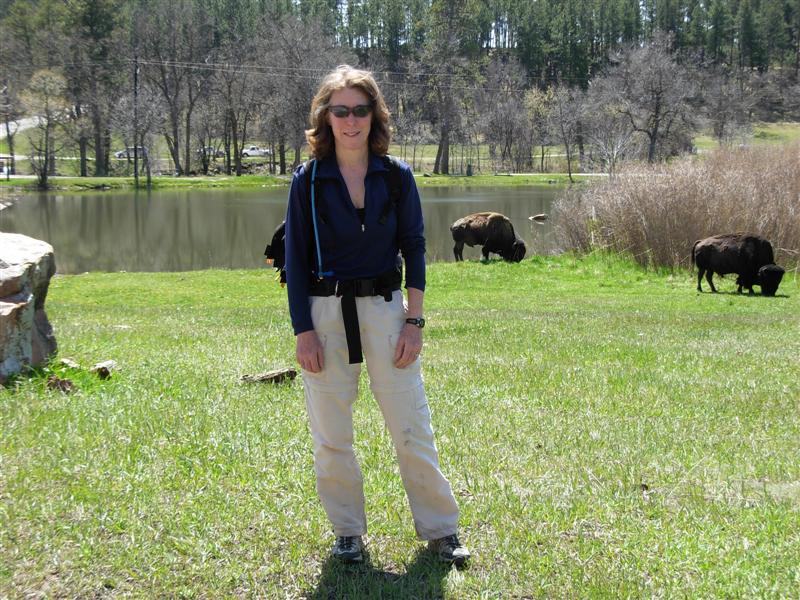 Nancy with some "friends" at the Start / Finish area. 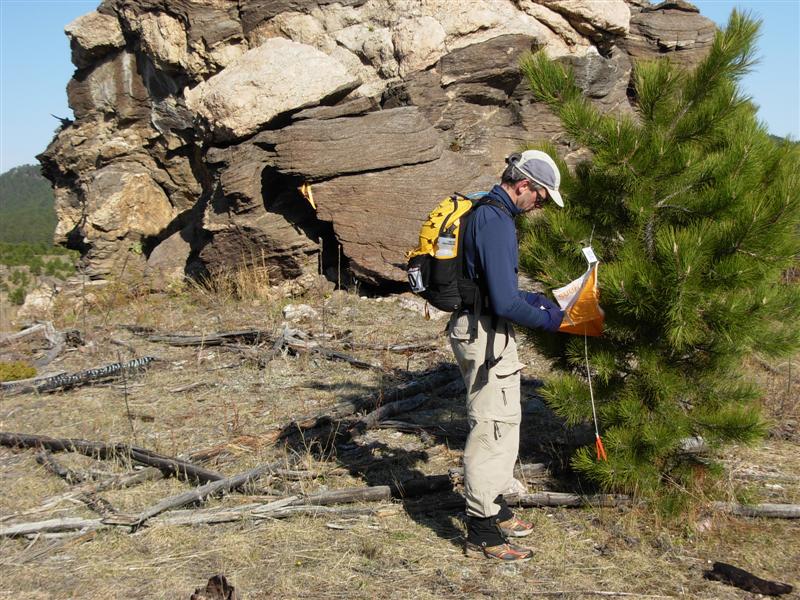 Gordon at a 50-point control on Sunday morning. 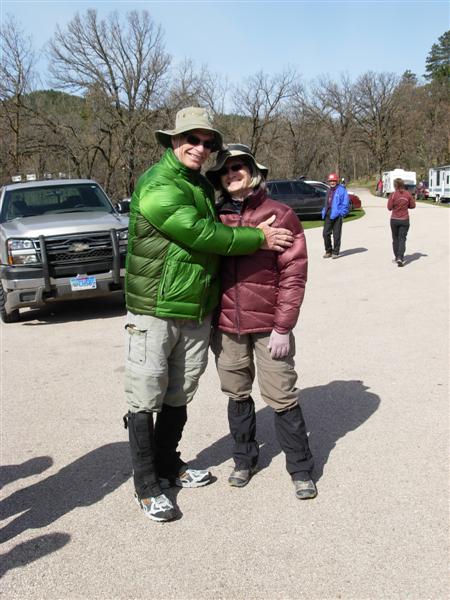 Ken and Carol at the Start on Saturday. 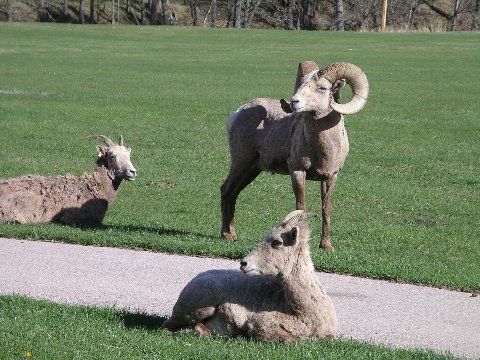 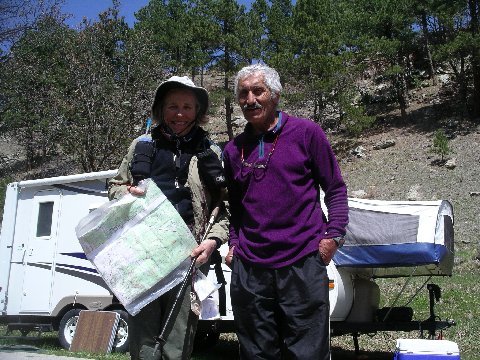 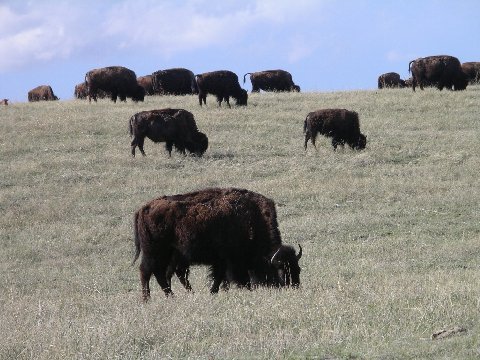 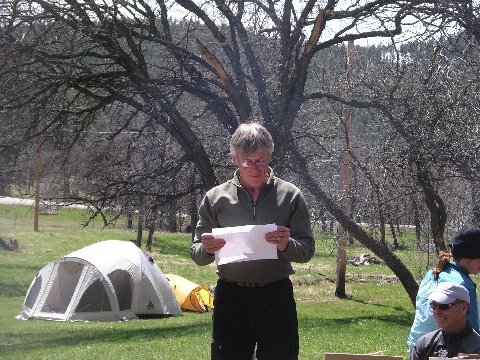 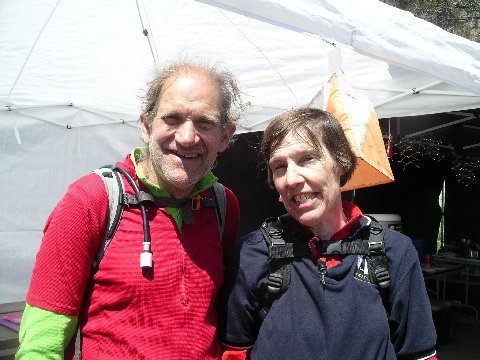 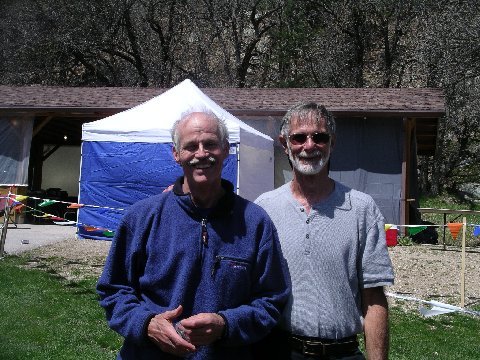 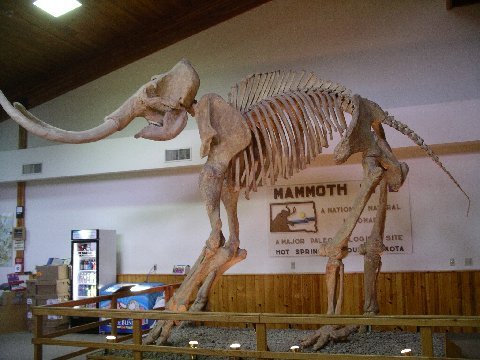 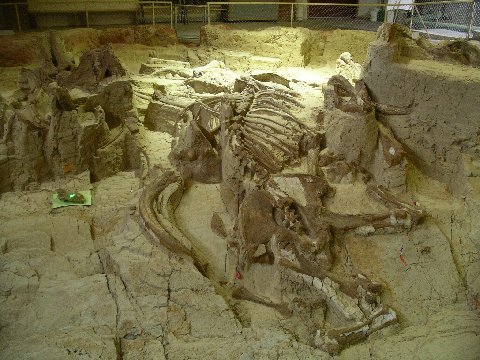