RMOC member Jason Poole and his family will be living in Germany for the next few months. Jason has an impressive race schedule planned while he's there.

On June 25th, Jason completed the Salomon Zugspitz Ultratrail 101-kilometer race in Grainau, Germany. Not only was this race a bit over 61 miles, but it also included 18,000 feet of climbing. Parts of the course ventured into Austria.

Jason reports that he had a bad day, with severe, leg-locking cramps 25 kilometers into the race. At that point, he decided to "throttle way back" and use this race as a training run for the UTMB (Ultra Trail du Mont-Blanc), a 100-miler in August in Chamonix, France.

Jason was proud of finishing but was not at all happy with his time or placing -- 69th overall out of 450 starters. But, since this was the inaugural race and since he was the only American in the event, Jason has the distinction of being the first American to ever finish the race.

Jason says, "I would highly recommend the race. It was very well organized. The course was marked very well. Amazing scenery. Technical terrain. And only 18,000 feet of climbing!"

Jason at the Start. 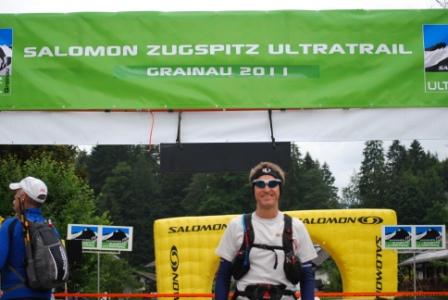 Jason at the 20-km mark, photo taken as his family happened to be passing overhead on a gondola ride. 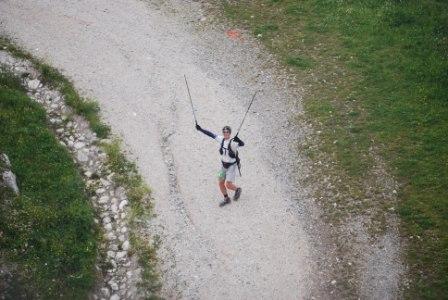 Runners out on the course. 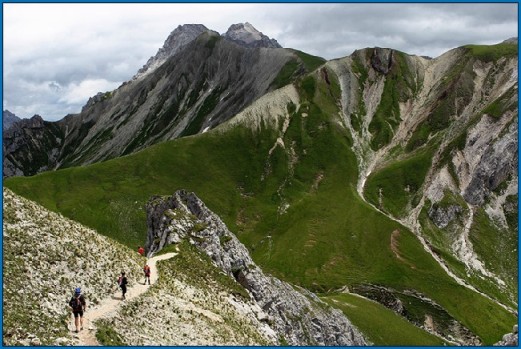 Jason at the Finish. 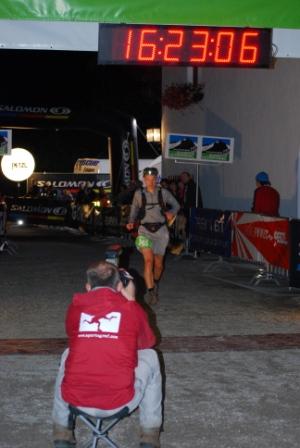